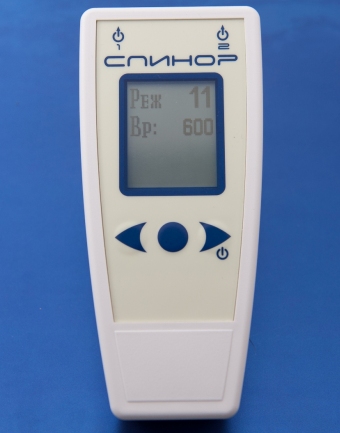 There are two modalities at work in the Spinor.

The first, and the one that distinguishes the Spinor from every other biofeedback device on the market, is its ability to record and re-emit information from any source which resonates frequencies. Spinor produces an electromagnetic spectrum identical to the electromagnetic spectrum of the affected area, which then performs the role of an antibody. In other words, when electromagnetic frequencies exactly the same as those of a pathogen, or infectious agent, are emitted back into the body at the point where they were just recorded, an effect of a vaccination, or therapeutic result is achieved.

In the middle of 1990 Russian physicists made an important discovery: semiconductor materials which are able “to remember” high-frequency signals. It is a technology, which has been used exclusively in the defensive industry, and for years only the most “profound” world research groups have managed to master it.

Using the properties of semi-conductor structures which have this memory ability (gallium arsenide), a “photo” of the electromagnetic frequencies of a pathogen (an agent that causes disease), is recorded into a special emitter (which acts like a flash drive on a computer).

In homeopathy, it is said that “like cures like.” The Spinor mirrors this teaching and works in much the same way.

When a pathogen enters the body, the emitter records the pathogen’s own frequencies. It then sends back impulses of the same frequency and the pathogen perceives it as its “own” and resonates with it. Due to the resonance, the frequency amplitude of the emission increases drastically and the pathogen perishes. Millimeter wave therapy stimulates the vital forces of the body and suppresses the development of harmful microorganisms. Note: Despite emitting very high frequencies, the amplitude of these frequencies is very low. In fact, the amplitude of millimeter waves of the Spinor is one billion times lower than those emitted by a cell phone. In addition to the program used for recording, the Spinor has the ability to send out specific frequencies to correct imbalances throughout the body. In separate programs, areas such as pain relief, antistress, mouth and throat problems, heart and vascular problems, respiratory problems, stomach and intestinal problems, limb (arms and legs) problems such as arthritis, sexual organ problems such as prostate/ovaries, skin problems, and overall immune system problems are all addressed by the Spinor.